And with a fun weekend at Horse Pens 40, this years Triple Crown Bouldering series is complete.  I competed in the Hellbilly, a run/climb enduro star chasin’ fest and snagged second place with 131 stars – 80 in the run (because remember, I’m a runner, just not a good one) and the rest made up with climbing classic problems.

With Triple Crown complete, I’m planning to start a new training cycle with my good friend Nate over at Power Company Climbing in anticipation of some long term goals planned for Hueco2017.  I began training with Nate at the end of this Summer and have made some really positive changes in my climbing not only physically, but mentally as well.  Stay tuned with what Kris and Nate are up to on the Power Company Podcast.

Michaela Kiersch Sends Golden Ticket (5.14c), Red River Gorge
The title says it all, but hell yea – this is Golden Ticket’s first known first female ascent.  Keep an eye out on Andy Wickstrom’s IG for more pictures and video footage – in the meantime, there’s a shot of Superman Michaela from Halloween working out some beta on the problem, cape and all.

Physical Therapist Esther Smith Talks About Shoulder Injuries
A fellow lady climber/physical therapist being interviewed by Neely Quinn who is the owner of Training Beta a website with a podcast and blog devoted to all things related to training for climbing.  There’s some super practical but general advice regarding shoulder injuries and rehab, but also an interesting case study with Esther helping Babsi Zangerl with a shoulder injury.

Charlie Fowler’s Instagram
Because if you’re not already following her, you should be.  Several months ago Charlie and her husband sold everything and moved into their Casita camper and have been on the road ever since.  They are climbing, fly fishing, and biking wherever the road may lead – currently in Moe’s Valley doing it up. Give ’em a high five if you see them on the road! 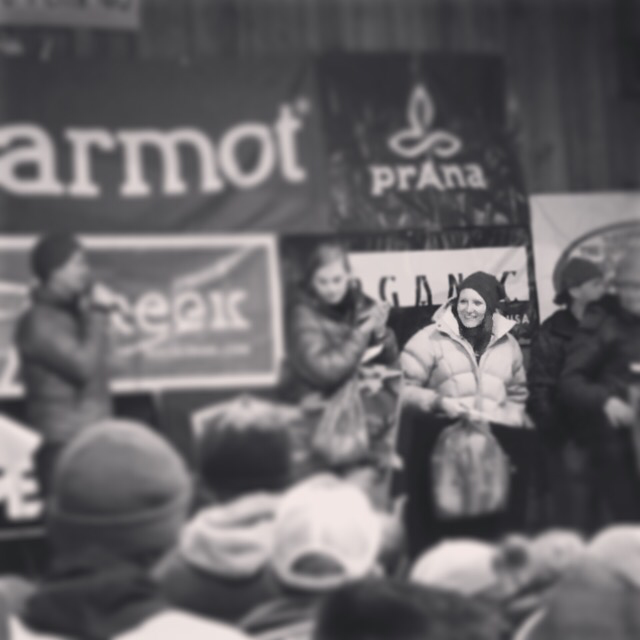 Psyched at the HP40 awards!